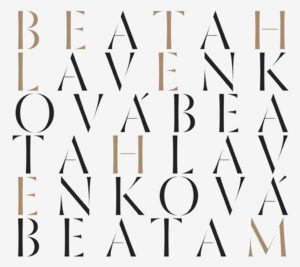 Bethlehem comprises new arrangements – or re-compositions – of traditional Christmas songs of the Czech, British, French and Polish provenience, but also four of Hlavenková’s own compositions. Songs like „Chtíc, aby spal“ (Lulling the Baby), „Narodil se Kristus pán“ (Baby Jesus is Born), „Adeste fideles“, „Stille Nacht heilige Nacht“, „Pásli ovce Valaši“ (Valachian Shepherds), „Oh Come, Oh Come Emmanuel“, „Joy to the World“, „What Child Is This“ or „The First Noel“ are mostly well-known carols, Hlavenková’s arrangements, however, offers a wholly new approach to their melodic and harmonic characteristics. Although the music in her performance still belongs to the old Christmas folk tradition, it is also characterized by a very contemporary sound. The album features the author’s solo piano performance, in places recorded in several harmonic layers. Hlavenková‘s characteristic style suspended between genres, is as clearly recognizable as her sensitive and concentrated play.

“Since my childhood, I’ve been surrounded by carols which I’ve associated with joy, peace and family – moments that I wish to relive again and again and which I hope to be able to pass on. I’ve altered the carols to appropriate them musically, to feel even closer to them. I like to clothe melodies in different harmonic garbs and unexpected associations. I like it when things are a little masked and mysterious. After all, despite the joyful tidings they bring, carols themselves are often tinged with melancholy rather than just merry. My own concept of joyfulness always involves some lightweight heaviness,” says the author about the project. BETHLEHEM is her fourth solo album, following JOY FOR JOEL (2009), THEODOROS (2013) and SCINTILLA (2015), as well as a successful project of fairy tales with songs PIŠLICKÉ PŘÍBĚHY (Pishlik Stories, 2015) which has been regularly staged in concert performance at the Divadlo Minor theatre in Prague. All her albums have been published by Animal Music. The present album was recorded at the HAMU Studio in Prague, in collaboration with sound engineer Ondřej Urban; the mixing is by Patrick Karpentski and mastering by Tony Cousins at the London Metropolis studio.

The booklet of the album is a joint product of the artist and illustrator Milan Starý and the graphic designer Zuzana Lednická from the Najbrt Studio who authored the booklets of Hlavenková’s previous albums, Scintilla and Theodoros.

The album was released as part of the Animal Music 2017 Edition which has been kindly supported by the City of Prague. The album is distributed by SUPRAPHON. From the new e-shop of Animal Music at www.animalmusic.cz, the album is available both on CD and digitally, in the uncompressed format (WAV), as well as in the MP3.

The BETHLEHEM album was launched on 13 December 2017 at the Prague club Atrium, with the pianist Martin Brunner as guest. 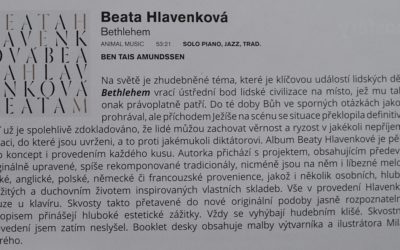 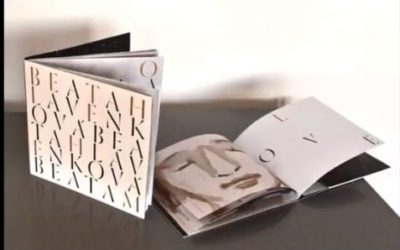 Read the article (in Czech) here 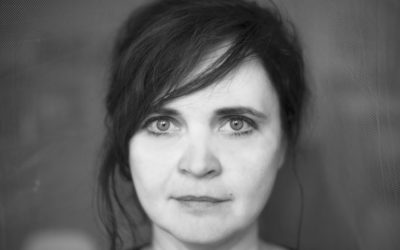 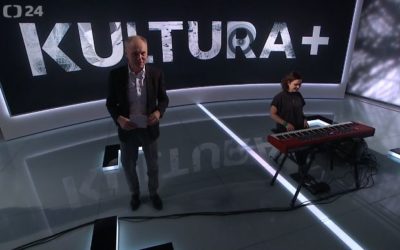 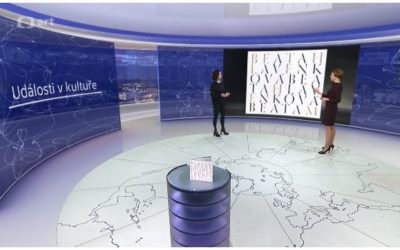 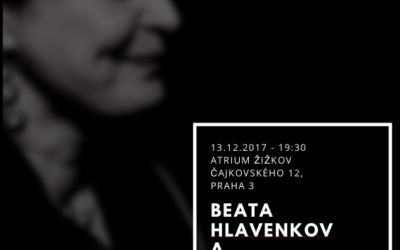 New CD Bethlehem has been released recently and the CD launch party will be in Atrium Žižkov, December 13th.

The pianist and composer Beata Hlavenková is a respected authority on the Czech musical scene. She has been known above all as a musical partner of the famous singer Lenka Dusilová – in the Baromantika and Eternal Seekers projects – and as co-author of a great number...