Hlavenková – Török – Nosek Trio On Stage Together For The First Time 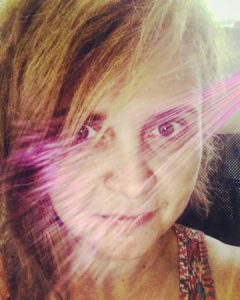 Crossover pianist, composer and producer, Beata Hlavenková, will perform at The Cooltour in Ostrava on Sunday, July 15, for the first time as the lead of a new trio Hlavenková – Török – Nosek.

Hlavenková got successful with her project both in the Czech Republic and abroad, gaining countless enthusiastic reviews and several Anděl awards at the Czech Music Awards. In Ostrava, she will present her solo work from the albums Theodors, Scintilla, as well as completely new unreleased pieces. Besides, it will be for the first time with her new trio, which she put together with the drummer, Michael Nosek (Personal Highway, Eggnoise, Jana Lota etc.) and the outstanding Slovak trumpeter, Oskar Török (Wojtek Mazolewski Quintet, Vertigo, Leszek Możdżer etc.).

Beata Hlavenková will stay in Ostrava for the whole week. As a member of the jury at the music conference and showcase, Czech Music Crossroads, she will be part of the discussion panel on the education of musicians abroad. At the festival, Colours of Ostrava, she will perform 7/19 solo, and on Friday, July 20th with her fairytale project, Pišlické příběhy (i.e. stories), presented by an irresistible narrative from the Czech actor, Ivan Trojan and with Barová – Dusilová – Hlavenková Trio.